Chris Dias published a modern-fantasy setting called Amethyst eight years ago and it really impressed me.Growing out of that came the adaptation of the D&D 4e ruleset called Ultramodern4 which offered classes and rules for playing modern and futuristic characters with the Fourth Edition rules. The understanding of the system and the innovation of the rules were awesome and now Chris has repeated this accomplishment with Ultramodern5.

This book is aimed at providing game support for the 5e rules for “pre-modern settings, contemporary settings, and those that are far-flung, fantastic and futuristic.” This is a tall order and other games and settings have tried but they don’t always succeed.

One thing that Chris and his company, Dias Ex Machina, does really well is not to try to fit firearms and cybernetics into the D&D Player’s Handbook. Settings like Dragonstar are awesome for the settings they are written for but they don’t always expand well to new settings for enterprising GMs.

Instead, Dias Ex Machina approaches translations of rules by tearing them down to the studs and starting from there (also their approach to their many, many adaptations of Amethyst). They look at what the core rules from Fifth Edition are and builds out with a modern mind-set. This means the classes, feats, character creation… everything incorporates the book’s purpose fundamentally.

The list of new rules that Ultramodern5 adds to the D&D 5e core is surprisingly short. There are rules for autofire with automatic weapons, some new skills (Computer Use, Deomlitions, Engineering, and Sciences) and a new type of proficiency (vehicles).

There are also a few new feats: Exo-Armor Proficiency (mecha!), Crossfire (you’ll get caught up in the…), Fidgety Fingers (tech crafting), and Firearm Expertise (better with reloads and damage).

One thing that’s pretty nifty is the expanded rules for human characters. I always love to check out the different racial options in an RPG and it can be dull when everyone needs to be the same. Here there’s a d20 table to randomly determine a genetic benefit instead of getting a stat boost or by taking a shortcoming.

There’s also a great lifepath system (I’ve been in love with these ever since I started using the one in Transhuman) that starts with PHB-style backgrounds (tearing down to the studs, right?) and then has a series of tables to work through your background situation. This would be very useful for traditional D&D characters, by the way… In fact expect that in a future post.

This is a system that is optional (though every character should use it if anyone does) and it showed up in earlier Dias Ex Machina projects. Simply put, you gain a ladder ability at the levels you also get ability score boosts and you get smaller bonuses at 1st, 5th, 11th, and 17th level. These abilities are pretty cool and the system “accounts for the lack of magic in most non-fantasy settings.”

For example, the Born Leader ladder starts off with the ability to sub Intelligence for Wisdom on Perception skills and a bonus to Charisma after a long rest until you attack or cast a spell (that fresh “ready to have you take on the day for me” lok). After that they get abilities that let them issue commands, focus your team, and (my favorite) take a long rest in the span of time you normally take short rests.

By contrast, the Survivor can swap Wisdom for Dex when making ranged attacks and Constitution for Dex when determining AC modifier. Later you can push down exhaustion, gain a benefit for pushing your limits, and gain resistance to damage types.

The big selling point for me, as with Ultramodern4 was the new classes. These work just like the fighter, druid, wizard, etc from the Player’s Handbook, but they are meant to replace them. They could work side-by-side, I guess, if you had some situation with both SWAT teams and faeries (like, say, Amethyst) but these martial classes provide enough variety that I don’t think your players will ever miss the missing classes.

The Face is a great social class with abilities to read NPCs, distract them in combat, improvise a proficiency bonus, and hustle people. I like that the class doesn’t go out of its way to make a social character that “is just as effective in combat” but there are still lots of options for Face characters to fight.

The Grounder (not sure about the name) is the modern tank. They get special-ops-style abilities, “brotherhood abilities” to benefit their party, and up their shots-per-action. These guys are sort of meatheads but some people really want that, and there’s definitely no denying that they do it well.

I don’t think anyone will be surprised that the Gunslinger is all about firearms. They get “kata” abilities to make them outrageously good shots and take impressive numbers of shots with each action. Like the Face, you get a few chances as a Gunslinger to shine outside of your purview but the focus is on making you awesome at what you do best.

The Heavy fills some of the same role as the Grounder but is like a thundering bastion in the firefight. There’s no special-ops training with these guys, only barroom brawls and obsessively watching Mr. T’s scenes in the A-Team. They carry the biggest guns and they use them to shoot the biggest number of bullets.

Infiltrators are the sneaky spies of this line-up. They don’t get sneak attack like rogues, but they do have lots of abilities to increase their critical range and double-up on their attack’s effectiveness.

For the leaders of the group there is the Marshal which is like the marshal class from the 3e Heroes of Battle book or the 4e warlord. They boost their troops (or parties) and they lay down suppressive fire to cover their brilliant maneuvers. They’re a great half-martial, half-social choice for people into that.

If you don’t like guns, try the Martial Artist. You probably don’t need a review of what this is all about but I will say that you get both a series of Combo Chain and a Martial Exploit abilities to custom-make your own martial arts style. For a class that seems like it would be the most uniform in the book, it’s actually probably the most adaptable.

The Medic is the party healer, and I have to say I didn’t expect to like it. Lots of games have “non-magical healers” that end up just having reskinned cleric abilities (I’m looking at you, warlord) but these guys aren’t that. Their “medical applications” are actually mostly about buffs to saving throws and stabilizing dying creatures with only a few giving actual hit points (and even then on the order of 1d4). Kudos on this class, but the bottom line is you should really try to avoid getting shot at in Ultramodern5… And also real life, I guess.

The Sniper actually reminds me a lot of Iron Heroes classes. All the Ultramodern5 classes have pools of points to manage their abilities but the sniper is one who has abilities that can be stacked on a successful attack. When you hit someone you deal out “marksman points” to boost the damage or make it a crit or shock the creatures around your target.

Lastly, the Techie is just what is says on the tin: a class completely devoted to modding and boosting equipment. Interestingly, their biggest abilities are for their own equipment so they can make cool things for the party but mostly they create explosive rounds and pop-up eyepieces and rapid reloaders for themselves.

Sharp-eyed readers will note that I didn’t mention anything about the archetypes for these classes. There’s a simple reason for this: they don’t have them.

In keeping with the create-exactly-what-you-want philosophy of Ultramodern5, there is one set of archetypes and they are shared by all the different classes. This reminds me of the Flavors in Cypher System Rulebook to create a particular genre’s feel.

With all of this, we’re only halfway through the book. There are chapters of Equipment at various tech levels, a great smattering of Antagonists & Enemies, some sample Adventuring locales, and two adventures: the classic Biohazard and the creepy Invasion Proxy. The whole book ends up with a great collection of ready-to-run player characters.

If you want to play D&D with an emphasis on guns and tech, drop the fighter and use these classes. If you want a great and familiar system for your sci-fi campaign idea, hand out this book and get started right off the bat.

Even if you don’t particularly want to change things up and have modern guns in your D&D campaign, this book has so many new ideas and mechanics that are just awesome so cut and paste at will to add whatever new mechanics you want to your game. 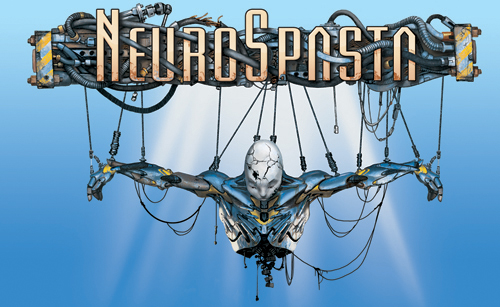