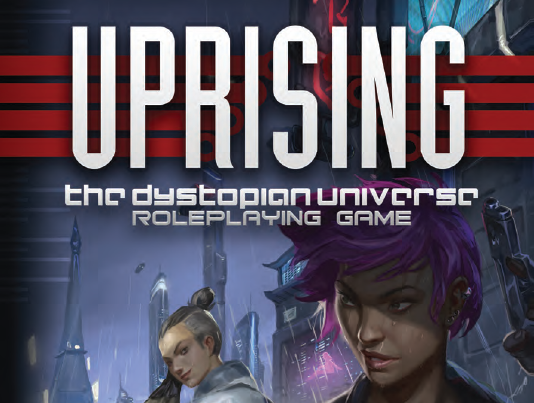 Hot on the heels of SIGMATA, I’ve taken some time to look through the new game from Evil Hat Productions: Uprising. I’ve actually had this one for a little bit (I was one of the Kickstarter backers) but the actual street date for its release is today so I’ve been waiting to review. Uprising is a darkly-themed game of resistance, betrayal, and hardship, set in the same universe as The Resistance, Coup, and Coup: Rebellion, collectively called the “Dystopian Universe” which really doesn’t seem like a term you can claim as your own thing. Regardless, it’s a very attractive-looking book but does it live up to that potential? Read on and see.