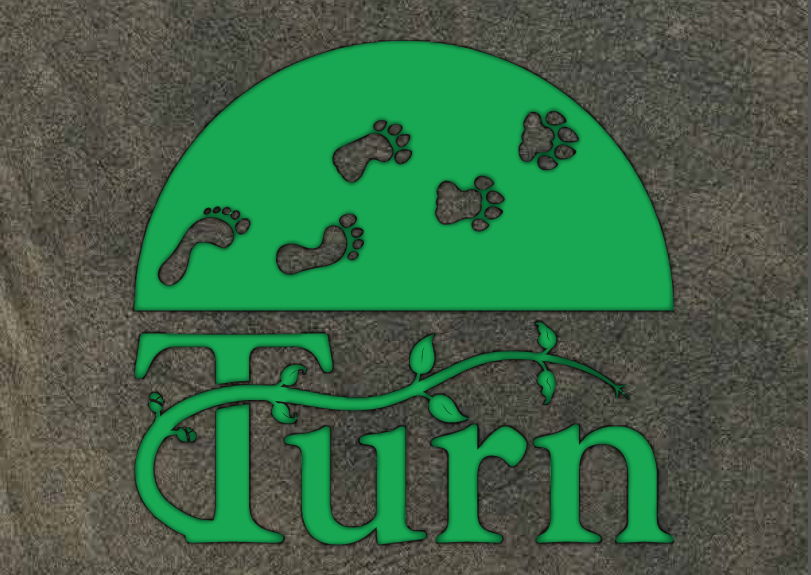 I’m back today with a great game from a great writer. Turn is a game inspired by PbtA and dealing with conflicted shapeshifters just trying to get by. It’s a fascinating game of navigating relationships and following instincts. Read on to see why I’m so inspired by this game and check out the website to order your own copy!

The world of Turn is a mixture of two things. On the one hand, it’s about shapeshifters who hide in plain sight walking the balance between their human side and the beast within. The other half of the equation is small town life, the sort of tangled webs of relationships, family, history, and grudges that is part of some of the best shows and books out there.

A lot of the specifics in the setting are up to you and your group to decide including where shapeshifters come from, the history of shifters in the world, and how shifters came to the small town where your story is set. Some assumptions are baked into the rules including a lack of magic (excluding, perhaps, shapeshifting), a lack of shifter-hunting groups, super-healing and super-senses for shifters, and the rules as they are written.

Shapeshifters can come in many forms but they all try to keep their existence a secret. Since shifters are stronger, faster, and heal rapidly this isn’t really a game of fighting off physical threats (there are no “evil shifters” or deadly supernatural enemies like in Werewolf or Nahual) so instead this is about keeping your life together. Imagine living in a small town where everyone knows everyone else’s business and your family is counting on you to make good… and also you sometimes turn into a bear and smash down trees with bee hives. Yikes.

Campaigns of Turn start with a bit of collaborative storytelling to establish how things work in your game. This involves coming up with a town, of course, but also how shifters in town interact. Can shifters tell other shifters in some way? Is there some sort of formal society of shifters or is each shifter family on its own? Is there some kind of formal pact, moral code, or punishment that keeps shifters from outing themselves? All of this can help you piece together how the game world works, and there are

To make characters in Turn you put together two halves of an equation. The first half is the character’s human side, their role in human society and, by extension, the way that shifters interact with non-shifters. Your human role mostly gives you a special ability, some extra resistance against turning when you’re in either beast or human form, a host of background questions and goals, and your starting Habits (somewhat like approaches in Fate Accelerated). The four Habits are Easy (the good parts of life), Tactful (politeness), Subtle (precise physical action from sneaking to acrobatics), and Generous (winning folks over).

First up is the Beastborn which is very much both of those things: shifters born as animals who have to learn human society (possibly gaining some perspective as outsiders) and who can mentor other shifters with their animal sides. Their special ability is for comforting others and they advance after doing things like helping other beasts in their tasks and mending relationships that have been damaged. The counterpoint to the Beastborn is the Late Bloomer, someone with a normal life for a long time before they started turning into an animal once in a while. This can obviously cause a lot of issues but the Late Bloomer’s abilities focus on preventing stress for their fellow beasts and limiting exposure to townsfolk, both of which they can manage because they are firmly rooted in Muggle-society.

Next is the Heir, a shifter born to a family with a long history that they have to live up to. A lot of the background questions about connections to other PCs revolve around dealing with your family having hurt others, dealing with disappointed folks, and other things that make me sad but in a good way. Their ability to use their family’s influence is a powerful option but it has so many strings attached… The opposite here is the Lover, a free spirit that invests a lot of themselves into relationships (they don’t have to be sexual) and who forms lasting and dependable bonds. They have a greater mechanical resistance when with people they love and can reveal secrets to build trust.

The Organizer is more for those looking to play a game since it lets you be pretty strategic. Their abilities allow them to spread out negative consequences among the group, use planning to get a benefit later, and advance by exploring secrets and make peace between different bloodlines. The Overachiever is another strategic option, going for big successes with the possibility of big failures. Lastly, the Showoff trades exposure of their secrets for big successes or trades exposure around to keep living on the knife’s edge.

Only one player in a gaming group is allowed to play each human role, which means your group is limited to seven players, I guess. I mean, there isn’t a mechanical consequence for having two Beastborns or two Overachievers in a group so you can allow it if you want, but I do like the design philosophy of wanting everyone to have their own thing.

To go along with the human roles players also pick beast archetypes, the animal bloodlines they come from and their abilities. Unlike human roles, you can have as many of any given beast archetype as you like, potentially even having a group of all the same sorts of beasts or showing the fragile alliance between two groups of shifters. Or you can have a hodgepodge of different beasts. Your call.

The list of archetypes should be pretty easy to grasp: bear, bison, cougar, otter, raccoon, raven, snake, and wolf. Each of these comes with Instincts, the counterpoints to Habits: Primal (freedom of movement), Honest (being direct), Forceful (hulking out), and Amoral (selfishness). You have your Instincts available even while in human form, just like you can use your Habits in beast form. It’s just that Instincts are more useful to a bear or raccoon than for a human and vice versa. On the other hand, all the rules for shifting and managing your form involve using your alternate form’s stats (humans trying not to act like animals roll -Primal, for instance, and acting like a selfish human involves rolling -Generous).

You get two powers from your beast archetype, one decided and the other chosen from a list. They range from static story elements (bear’s get Dens, for instance, that are secret and safe places) and others are moves that you roll for (ravens can “ruffle feathers” and sow discord, though rolling poorly gets someone hurt).

The Town Manager is the Master of Ceremonies (from PtbA, same as Gamemaster) and their actions will be familiar to players of other PbtA games. There’s lots of great advice here for running games, including my favorite part which is a step-by-step plan for a Session Zero. There’s also some talk about portraying human senses versus beast senses, a checklist for great storytelling, and helping to create a compelling small town.

Mysteries and struggles in the town have “progress bars” which work like clocks in Apocalypse World. You work at them narratively and then mechanically fill in spaces along the bar until you reach a predetermined total number of steps. There are lots of familiar parts as well as many unique parts that make the game really fun. For instance there’s a Gossip Phase! Everyone makes up a little bit of gossip and then the plot blossoms from there.

Exposure is also a great mechanic that leads to some awesome stories. This is the main “damage track” for your characters. Any fights you can probably “win” but that winning might mean that folks in town are talking about the bear who tossed the deputy in a lake. Suddenly everyone’s on the lookout for bears and your life is more complicated.

It’s sort of the same as every other game. You make rolls and when those rolls fail there’s damage that you suffer. The shift in perspective, though, means something pretty different for the story.

That last bit encapsulates what I like about Turn. It’s a game about werebeasts living among us and they’re powerful and lethal when cornered. If they get into a fight, they win. No problem.

The conflict in this story is about something that’s even more fragile than normal: relationships. A shapeshiting bear-woman can batter down a door without blinking but her ties to her family and neighbors are even more at risk than a mundane human. It’s a setting and story about strength and fragility and it challenges players to focus on character aspects that aren’t always front and center in a roleplaying game. If you want something with adventure and thrills but which doesn’t concern itself just with punches and blades then this is the game for you.

One thought on “Turn Review”