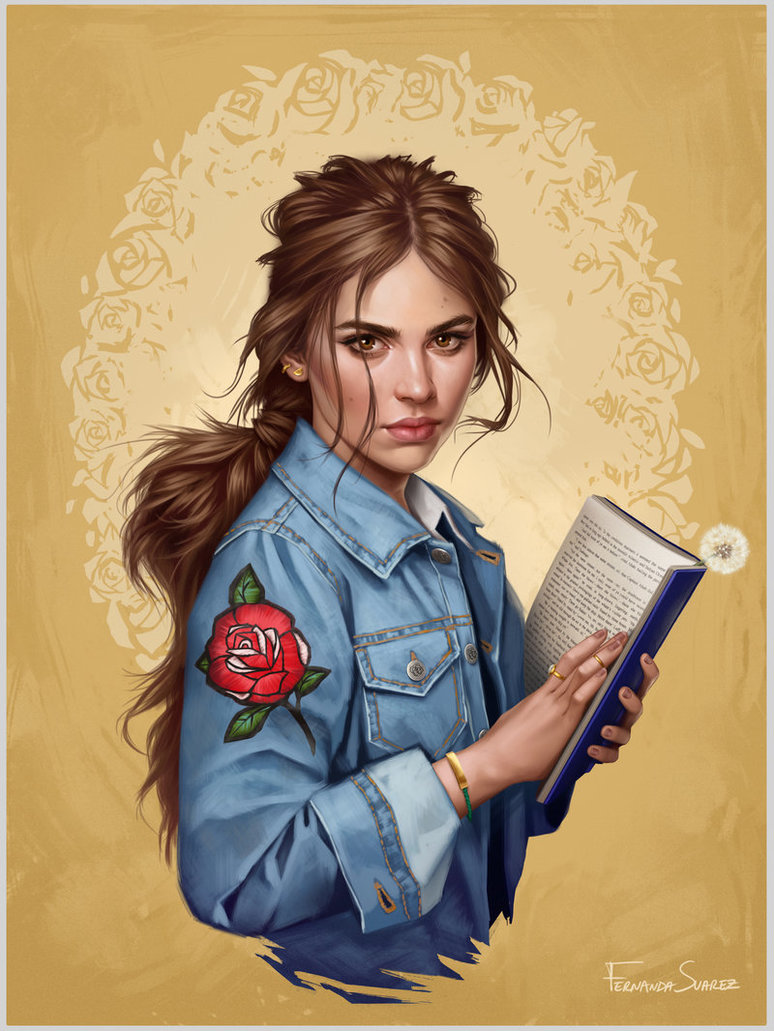 I’m back with more City of Mist inspiration! Here’s another member of Alexis Liddel‘s crew, the book-loving veterinary student Anna Rose. I have to say that hiding little Easter eggs is a big part of the fun in making these characters. Sometimes they’re super-obvious and surely you’ll find some of those here. I wasted a lot of time covering my tracks on some, though, so if anyone can tell me why Anna’s father’s hospital is named “St. Vedast’s” or why her father left her a prototype energy core then you get ten Mephit points (redeemable at your local Mephit James Sandwich Emporium).

Anna met the others when she first came to the Mad Hatter Tea Co. to study for her veterinary program. Walking into the cafe she immediately spotted that the owner and the barrista were secret Rifts and she intuited their stories in a general sense. This happens all the time, of course, so she just ordered a chai and settled into her books. After several weeks of going there, she casually mentioned to Alexis that she hoped she figured out what Wonderland was. This freaked out Alexis but Anna Rose takes the Mythos in stride and has ironically become the grounding force for the group despite being the one who sees the magical most strongly.

Sometimes a little too much, in fact. Ophelia has come to rely on Anna’s access to medical supplies to support her nighttime tussles with dangerous creatures and it’s beginning to grate on Anna. Ophelia calling her studies “play-acting” certainly doesn’t help. On the other hand, Anna’s father is locked away in a mental hospital and some days she’s the one that needs a supportive heart. Those are the days when Heather is the only one int he group that she can talk to, the only one who understands what it’s like to have a parent dependent on a child.

Belle from Beauty and the Beast

Type: Divination. She might not have any magical spells, protective cloaks, or superstrength but Anna has an instinctual understanding of the Mists and what the true stories of Park City are. When confronting another Rift or an enemy with a connection to the Mists, Anna often knows things about them by recalling what she can about their Mythos. She even understands much of the time what that legend might look like through the lens of this mundane world, making her a great source of information on the city’s magical underbelly.

Mystery: Who writes all these stories?

Power Tags: (A) Visions of Others’ Stories, (B) Instant Book Reading, (F) Sense a Target’s Motivations

Weakness Tags: (A) The Pain of Knowing

Type: Personality. Anna Rose hasn’t met a question she didn’t want to know the answer to. She’s studying veterinary science but it could just as easily be geography or psychology or literature. She’s extremely well-read and already has plenty of useful knowledge but there’s always room for more! Despite constant prodding, she’s yet to convince Alexis to start up a trivia night at the Mad Hatter Tea Co.

Identity: “I love getting to the bottom of mysteries.”

My Father Is Not Crazy

Type: Defining Relationship. Four years ago, as Anna was finishing up her undergraduate program, her fater was committed. Martin Rose had been an engineer for years and self-employed for nearly a decade. He was a genius and the most influential person in Anna’s young life. Her mother passed when she was two years old so Martin balanced his engineering with being a single parent and he’d always been a little eccentric. When he saw through the Mist for the first time (just a few months before Anna herself did) those around him saw his ramblings as a final crack and the state forcibly admitted him to a psychiatric hospital across town. Anna visits him regularly but she has no idea how to prove that he’s sane since he won’t stop talking about the creatures he sees in the night or the shadows that move on their own.

Identity: “I need to find a way to help my father.”

Weakness Tags: (B) My Father Is My Weak Spot, (D) What If He Is Crazy?

Type: Training. Anna is in her third year of vet school and is very serious about her studies. She’s an accomplished (if flighty) student and her professors generally like her. She’s fulfilling an externship at the Belleview Animal Hospital at the moment under Dr. Robert Harris and she loves it. Acting as a Rift, though, and helping the others figure out what’s happening around Belleview is starting to pull her in multiple directions and she might have to eventually choose.