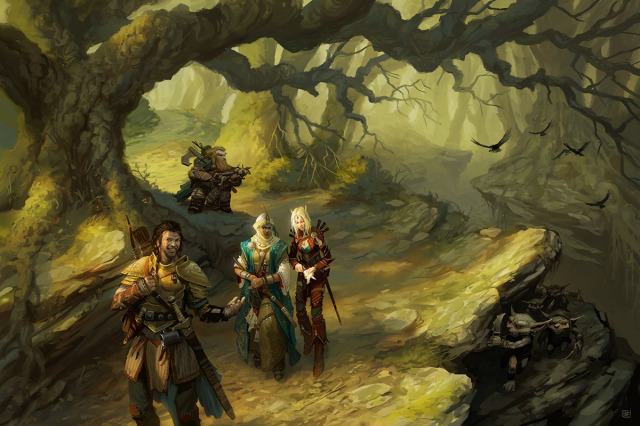 About a month ago, I finally started a regular campaign using D&D Fifth Edition. It’s been a lot of fun and it’s prompted me to think about what the creators have changed in the game for this edition and how it plays out. Something that wasn’t changed, and I don’t think it needed to be, was alignment. But, my id started to whisper to me, what if it was?

I hope this isn’t a spoiler for everyone, but Dungeons & Dragons does not have a lock on the roleplaying market. There are so many games out there and the creators of each one have come up with their own way to mind control players. Let’s be honest, that’s pretty much what we’re talking about here. The key to an RPG is playing a character who isn’t you. Maybe they’re like you or maybe they’re totally different but the character in the world isn’t you by virtue of being in a fictional world. So how do you know what they’re thinking and separate it from what you’re thinking (the age-old player- and character-knowledge conundrum).

Alignment is a big part of that. You describe what your character values and make a lot of in-game decisions based on that. If presented with a decision between several choices that could each have negative consequences, you can flip a coin but you can also look at the guiding principles you picked out at the start of the campaign. Alternative systems will do the same and there are plenty out there to choose from.

The Icons in 13th Age represent large-scale forces in the world. Every D&D setting is rife with options for Icons from the sorcerer-kings of Dark Sun to the Harpers and Zhentarim of Forgotten Realms, the Dragonmarked Houses of Eberron to the dread lords of Ravenloft, and the factions of Planescape to the powerful churches of Dragonlance. Picking out Icons is no problem and, thanks to the similarities between D&D and 13th Age, implementing them is no problem either! Just lift the relationship rules straight from 13th Age and apply them to 5e.

What does it mean to replace alignment with this mechanic, though? Well, to state the obvious somewhat, it means that character’s personal motivations are a lot less important than their relationship to the wider world. That’s great for some campaigns since you don’t have complex backstories gumming up epic plots (“I’d never smash down the warlock’s gate! It’s my dream to be an architect like my father and grand-uncle. Not my grandfather, though. See, he wanted to be a jeweler, taking after his folk hero who became famous in…”). It might not sit with every player, though, so check before you jump. Doing this also takes the decision making somewhat off the character’s shoulders since they’re encouraged to think “what can help/hurt the Icon” instead of “what do I think is right.” Both of these problems could be solved if you use Icons alongside alignment so that’s an option as well.

You don’t have to go all out in including FATE aspects in your D&D campaigns, but these two can provide the structure you need to take the place of alignment. Simply put, your high concept is your character’s raison d’être, the big picture description of who they are in the game world. On the other hand, you’re trouble aspect is your characters major flaw, the thing that perpetually haunts them throughout the campaign. Players can gain inspiration points from playing their aspects well, and DMs can offer them inspiration points if they act out their aspects at inopportune times.

This sort of thing works especially well in campaigns with grey morality, like Eberron or Ravenloft. A paladin with the high-concept of Champion of Righteousness and the trouble aspect of Blind Faith is all well and good, but not too different from playing with alignments. A rogue with the high concept of Heartless Opportunist and the trouble aspect of Short Fuse will appeal to the player that loves Chaotic Neutral lunatics, but might be a lot less disturbing to your campaign. Likewise, a wizard who has a high concept of Arcanist of the White Order and a trouble aspect of painted by shadow Tainted by Shadow has just turned what was a minor part of character creation into a compelling backstory.

The temptation part of offering inspiration points can also play in these sorts of settings. What happens when your Eberron rogue with Thranish Patriot as a high concept has the chance to kill a Karrnathi official? It will certainly hurt the party but he gets some shiny Inspiration points out of it. Likewise, when your Ravenloft sorcerer with a trouble aspect of Thirst for Power has the chance to become a vampire? The party doesn’t want it, the player never saw this coming, but now that it’s here…

The game of Eclipse Phase uses character motivations that really hone in on the character’s convictions. You get three or so motivations that are made at chargen and they can be positive or negative. A character with “+ Uplift Rights, – Hypercorps, and + Freedom of Information” knows just how to react to a situation where uplifts are being enslaved by a hypercorp to do secret, classified research.

For D&D characters, motivations can be anything you can think of. Characters pick a setting concept and then whether they’re for it or against. A campaign set in Faerun, for example, might feature a character with “+ Harpers, + Waterdeep Independence, and – Necromancy.” This sort of mechanic is good because it self-regulates: if you tell your players they’re going to be going up against the Zhentarim in the Sword Coast and one of them decides all of their motivations will deal with Mulhorandi churches and culture… well that one’s on them.

Still, even if you give the players an accurate description of the campaign and they all pick appropriate motivations, there’s a good chance that their motivations won’t directly apply in a given situation. “Good” and “Law” are always going to factor into a situation but “+ Torm” might not. That’s alright. Players have described their character’s core beliefs and if a situation just doesn’t deal with those they can pick whatever choice makes sense with a clear conscience. 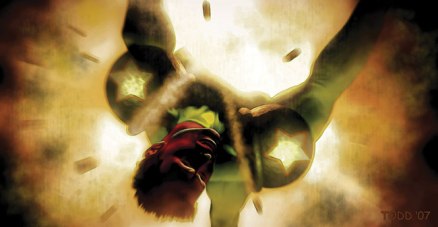 In the superhero system of Wild Talents, characters have Will that fuels their abilities and boosts their rolls. When characters are made, their will is split between Passions (things that characters believe in) and Loyalties (things that characters want to protect). Will fills a similar game function as Inspiration, except that Wild Talents characters are expected to have a lot of Will while D&D characters don’t usually have stacks of Inspiration. You can either accept that Inspiration will be more prevalent in a campaign with Passions and Loyalties or you can tie something else into this mechanic (like hit dice or class features). Have players divide a certain number (eight sounds good to me) among their Passions and Loyalties and when they uphold those values they are rewarded with Inspiration (or whatever you’re using).

Of course, if they don’t defend their Passions and Loyalties they get penalized. In this system, everyone works sort of like old-school paladins. They’ve described what’s important to them and if they break those values they suffer mechanically. This isn’t as cut-and-dry as a paladin’s oaths but it’s a great way to make the story count personally. If a character has “Tasseldale 4” as a loyalty and the Zhentarim march through the place on their watch, well that’s a big failure. A Chaotic Good character wouldn’t take any dings from that, except a feeling of loss, but the character with this alternative system would suffer mechanically until they start making it right.

The God Machine Chronicle system for World of Darkness (whether you still call it that or Chronicles of Darkness) takes something of a backwards approach to the morality of from most books (including the original Second Edition World of Darkness). In this you don’t have morals that you strive for, you just have breaking points when you fail. Used in D&D, this flips the system from “your paladin needs to defend the good or they’ll be a failure” to “if your paladin watches an innocent executed when they know they could have done something, they’ll break a little.”

There’s a grimness to this (it’s not hte Chronicles of Puppies and Giggles) that isn’t for every campaign, but it actually works quite well for something like the original font of inspiration for D&D: the books of J.R.R. Tolkien. Every major protagonist in The Hobbit and The Lord of the Rings breaks at some point. It might be when they are afraid of losing access to the One Ring, it might be when they have just gone as far as they think they can, or it might be when a big, f***ing dragon is bearing down on their homes. Whatever the case, the character buckles under this and suffers some mechanical setback (such as disadvantage on everything for a while). If the player portrays this breaking well, tey can get some reward in return (like Inspiration). Use liberally in war campaigns.

Why lift from somewhere else? Obviously that’s a rhetorical question (see the opening paragraphs) but there is something already built into D&D Fifth Edition that can replace alignment. Every background from acolyte to urchin comes with some character points to help players fill out their characters. Some people take these more seriously than others but they are personal motivations of the character and a way to gauge their reaction to different situations. Sound familiar?

Replacing alignment with these characteristics is sort of reversing the situation. Ordinarily, you have a character with a defined moral code (alignment) and you see how that plays out in their lives. This way, though, the character starts off with the reality of their lives (personality traits, ideals, bonds, and flaws) and makes a moral code out of that. It’s a little more involved on the part of the characters but the results can be pretty fulfilling. I suspect this was a plan all along but the creators of 5e didn’t want to deal with the epic volume of ruffled feathers if they removed alignment entirely.

One thought on “Alignment Alternatives”