The default campaign model for Eclipse Phase is agents of Firewall, a clandestine, illegal, international conspiracy that seeks out existential threats to transhumanity. That’s a tall order and it’s a pretty different model than crashing through dungeons or searching libraries for eldritch secrets. The result can be overwhelming for both players and GMs but there are other resources out there to draw from, the most impressive being the vampiric conspiracy game Night’s Black Agents.

I’m not the first to look at adopting Night’s Black Agents for another game system. Kenneth Hite is well-respected in game design for a reason and this system is a great way to organize something broad and complicated. Despite the vampires that are central to Night’s Black Agents, the espionage systems described in the game are great for any genre. Lots of Eclipse Phase games don’t need anything like this but others, particularly those with the clandestine spy system of Firewall front and center, will be made a lot more exciting and satisfying for players with a little more spywork.

The discussion below will be pretty focused on the Inner System and the more traditional governmental and economic systems there. In a future article, I’ll look at this with the Autonomists of the Outer System and Inner Fringe in mind. 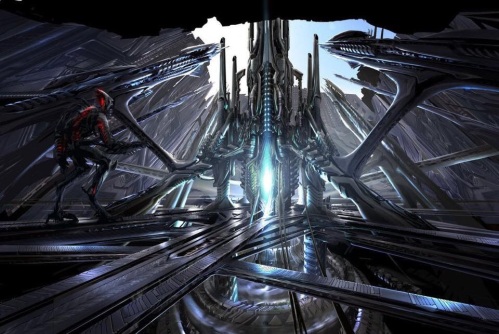 Levels of the Pyramid

There are five levels to the conspyramid in Night’s Black Agents. For the most part, we can reuse the same levels for an Ozma conspiracy in Eclipse Phase. Below are some examples of each level, not complete lists by any means but something to give you an idea. 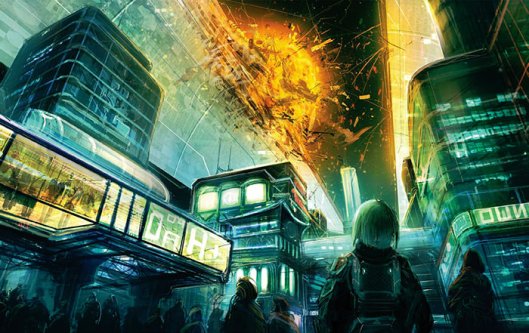 There are a few ways to turn the pyramid structure from an organizational chart into a GMing tool. They are discussed in detail in Night’s Black Agents, but in general here are the ways.

Night’s Black Agents uses these levels as a means of giving GMs guidelines on improvising situations. While the players move through the conspiracy, they are fairly likely to head into situations where the GM hasn’t proven anything. A Level 1 conspiracy component, for example, is relatively easy to spy on compared to a Level 4 component. We can do the same thing relatively easily in Eclipse Phase with just a few modifications.

Just like with Night’s Black Agents, these are just rough guidelines. For major NPCs or people you know will come up in gameplay, make them like any other NPCs and have them ready ahead of time. You can always steer players towards the major NPCs you’ve already prepped rather than scramble to create one on the fly. The bullet points above are really just for flunkies and redshirts.

To give you an idea of how this might look in gameplay, here’s an example conspyramid for a game with Firewall agents facing off against (ultimately) a zealous Ozma agent named Ricardo Vazquez.

From the players’ perspective, they first start either in Noctis-Quinjao on Mars or Octavia aerostat on Venus. The Venus branch is mostly about the pyramid’s money with some protection built in. The ethnically Vietnamese Lá Xanh Gang has been targeting the genetic research groups on the aerostat and blackmailing them to secure money, most of which they funnel up the pyramid. They are protected by Havryil Ruskov of Octavian security who collects their gains for the man bribing him (see below).

Ruskov is also collecting data from the Cynex Research Group which is secretly studying some Neo-Synergists they isolated (with the help of Lá Xanh), possibly the reason Firewall took notice to begin with. If the PCs make too much trouble they might find themselves squaring off against the impressive Bertrand Moreau-Durand, a hitter for the Night Cartel who answers to the boss Evgeni Nikolaev on Aphrodite Prime.

Meanwhile on Mars, there is a crooked Martian Ranger named Lt. Gan Kuan who is being bribed to look the other way in the Noctis region. In Noctis-Quinjao itself, Captain Warren Gessin, the chief of the local police, is actively keeping cops off cases and covering up criminal activity. Some of those activities are being perpetrated by toughs of the contractors union Local 73 and the hacker-for-hire Carlos Zapato who are both sewing a lot of chaos on behalf of a Biocon Hate Group in the area.

These two branches hinge on a relationship between Captain Kim Song Ok, head of the Noctis Rangers Department, and Vladimir Sokoloff, head of Night Cartel operations in Noctis-Quinjao. Together they are working with Smugglers in Noctis Labyrinthus who transport contraband into the city with cover by the police and Rangers. Song Ok is primarily looking for artifacts from the TQZ while Sokoloff is looking for stolen morphs which he sells to Les Goules through a partnership.

Les Goules gives those morphs to a Cognite Black Lab which uses them in experiments to make frightening soldiers: asyncs whose minds are totally under the control of Project Ozma. Part of their research involves Neo-Synergist data provided from Cynex through, eventually, the Morningstar diplomatic representative to the Planetary Consortium, Daityo Katsura. Katsura gets this data from Ruskov on Octavia and he also launders Ruskov’s dirty money through Ishtar Bank on Gerlach in Venusian orbit.

The data goes to the black lab while the money goes to Martin Hertz-Roseau, the director of the Consortium Martian Security Agency. This money goes to funding the bribes that keep Song Ok and the other law enforcement agents in line, and other bribes go to Senator Jacob LaMore, the congressman representing Noctis-Quinjao on the Planetary Congress. LaMore is a prominent conservative and he feeds information to Les Sentinelles, a reactionary mesh site constantly warning the public about anarchist and Mercurial threats. When the conspiracy needs a Martian target taken care of, Hertz-Roseau tells LaMore who tells Les Sentinelles they’re a problem and the biocon hate group mobilizes their people on the ground… for the good of the planet and all that.

At the top of this heap is Ricardo Vasquez, an Ozma agent who has promised Hetz-Roseau elite squads of psychic soldiers and promised Cognite a big payoff that will finally fix their Futura problem. He pulls the strings of these two interests and the rest of the pyramid dances along.